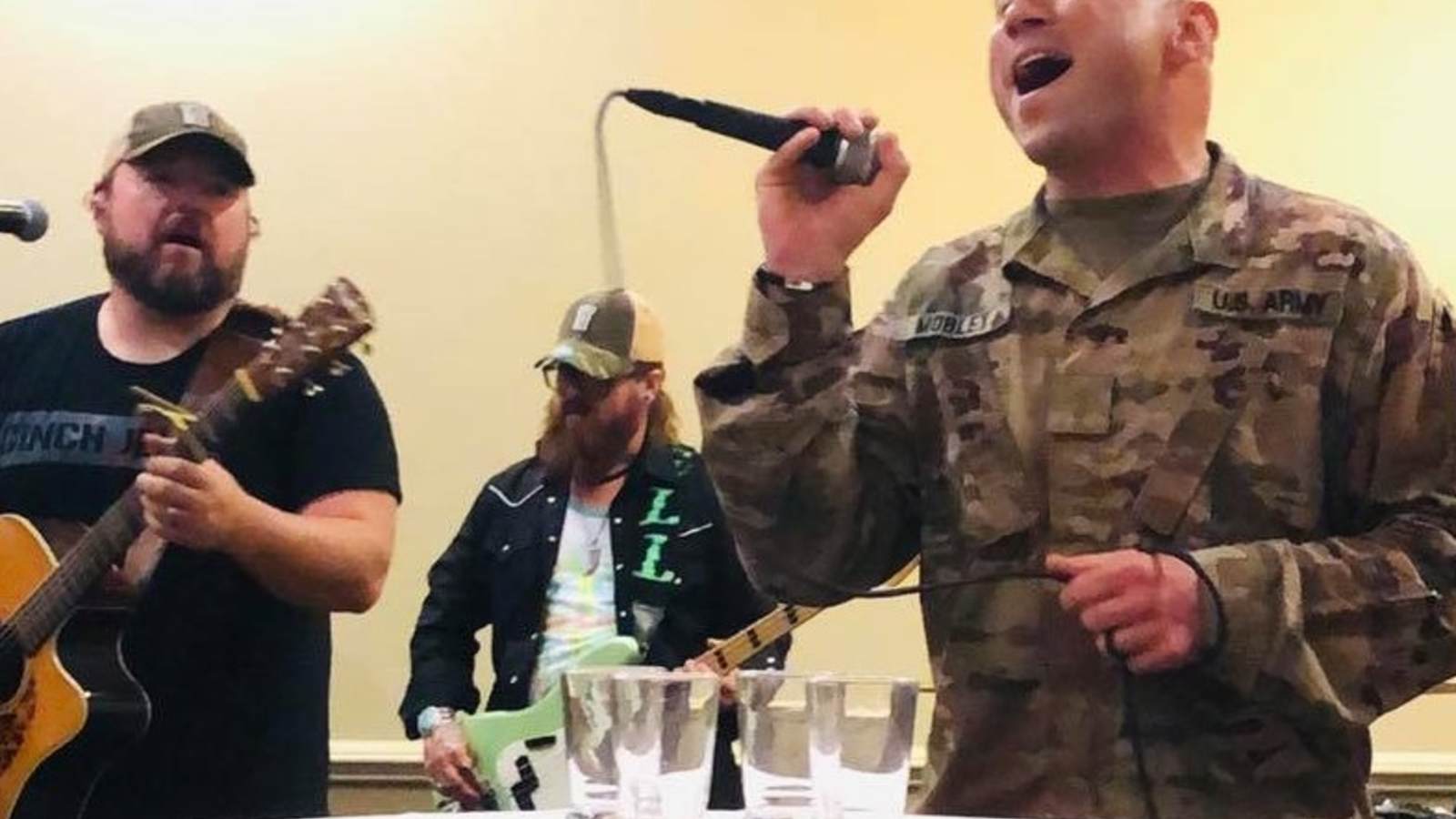 USO Houston has had the pleasure to support a unique unit out of Alligator Lake Michigan. The unit had traveled to Fort Bliss in El Paso, Texas prior to the pandemic to complete training prior to their upcoming deployment to the Middle East. When the pandemic made its biggest impact on the United States, this group of soldiers was in the middle of its training. Once the unit completed training, they had been rerouted to Fort Polk, Louisiana instead of heading back home to see their families. When they arrived at Fort Polk, the unit was pushed through additional training. Once the training was completed the unit had assumed, they would return home prior to the deployment but only to find out they would be deploying from Fort Polk.  The unit was away from family and friends for over 100 days prior to starting their 9-12-month deployment. The Garrison Leadership from Fort Polk reached out to USO Houston to put together a Farwell Event for the unit. Within 48 hours USO Houston had found 4 Comedians and a Country Band to come out to Fort Polk and put on a show.

On June 28th USO Houston had the  opportunity to support one of the most resilient units in the US Army! Working in conjunction with the Fort Polk Leadership USO Houston brought in the Cody Wayne Band and four amazing comedians Dean Stanfield, Spencer Cavens, Marky Wheels and Maxx) to show our ongoing support of these HEROES! #BeTheForce